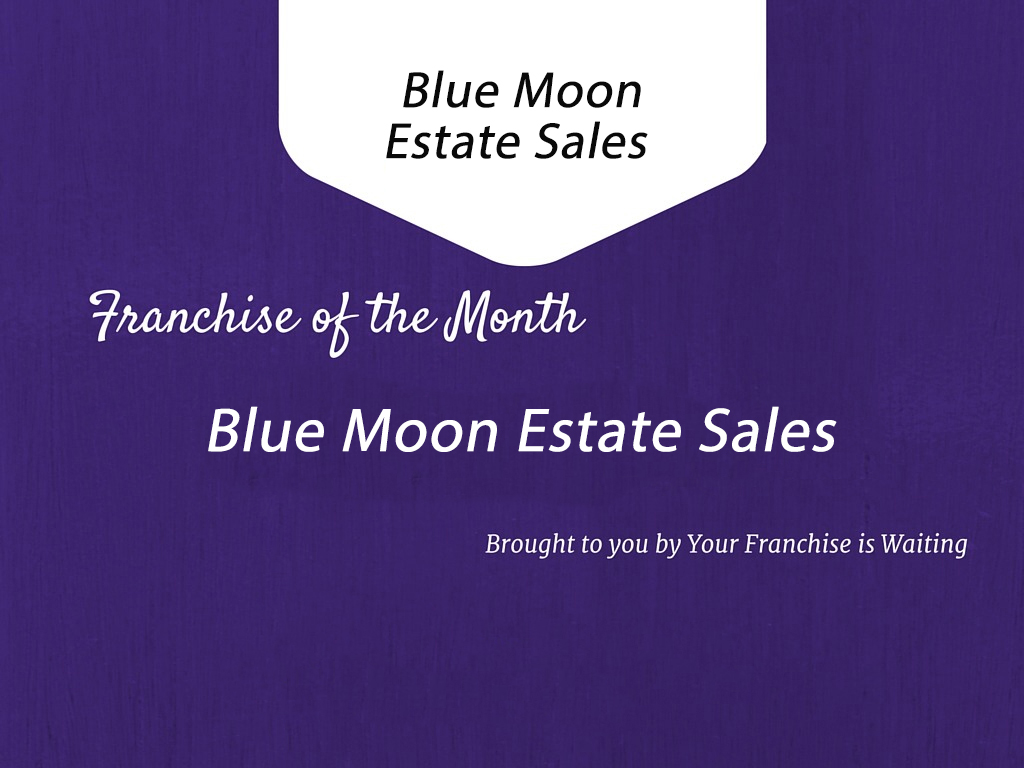 Calling all treasure hunters, garage sale devotee’s and people obsessed with Antique Roadshow! Here’s a business that you can love what you do, start part time, and make money to boot.  As estate sales are primarily held on Fridays, Saturdays and Sundays – this is a great part time business where you can keep your current job – until you ramp up and can say goodbye to that corporate grind.  And with the “all in” under $50,000 it’s a great husband and wife retirement venture as well.

Here’s an article that originally appeared in the July 2016 issue of Franchise Times.

David and Debra Blue, founders of Blue Moon Estate Sales, teach their franchisees to cultivate an eye for the unusual.

As much of the world is now learning from the likes of American Pickers and Pawn Stars, there’s a whole culture around pricing, collecting and selling yesterday’s news—antiques, old cars, collectible items and random junk. Talk to the people buying and selling, and you’ll find there’s a story for everything and everyone.

Whether it’s blowback to today’s disposable consumer culture, a reflection of our aging boomers or something deeper, business is booming in the re-sale world. As the founders of Blue Moon Estate Sales, mother-and-son duo Debra and David Blue see a lot of unusual stuff in their daily lives. Going from one house to the next, appraising items, doing pop-up sale marketing, participating in the downsizing or end of people’s lives—the estate sale business is unlike any other.

Based in Raleigh, North Carolina, Blue Moon Estate Sales first began franchising in 2013 and is now up to 20 locations, including its first franchised location, run by patriarch Ken Blue. Its locations are primarily in North Carolina, but range as far west as Houston all the way up to New Jersey. Blue Moon is seeking to radiate outward from its existing turf as it seeks to add new units.

“About 80 percent of what we do is actually downsizing, people moving to their second home for their retirement years, assisted living or other type of downsize,” David said.

“We’ve helped 30-somethings move to England all the way up to 90-year-olds who were downsizing to apartment living.

“We see a lot of the same stuff in every home we’re in, but we have an eye for the unusual,” he said. “We teach our franchisees how to spot unusual things.”

“Seeing it all” now includes everything from a human skull—believed to have been used for academic purposes—up to historic war artifacts and highly valuable coins and hand-me-down jewelry.

At one recent sale, somebody was looking to sell a military helmet with unusual markings. After some investigation, the Blues determined it was from a German soldier coming off the beaches of Normandy for treatment at a neutral hospital.

“We attached that story to the helmet and were able to sell it at a big premium because it had some good providence with it and history,” he said

Fees for sellers is around 35 percent, with some variability depending on the area and amount of hoarding at play, and the franchise fee for Blue Moon is $30,000.

With the country’s aging demographics, there’s a solid argument the boom times are just beginning in the estate sale area.