Songs for Seeds is an innovative business model that combines music with early childhood education for a little rockin’ and a lot of learnin’! Songs was Created in 2009, by the “two Allisons” (Allison Schlanger and Alison Qualter Berna), and their husbands Bobby and Craig, By 2010 they were already voted “Best Music Class” by New York Magazine and featured in Forbes.

The program encourages children newborn to 6 years old to sing, dance and play along with a live, three-piece band. Kids play children’s instruments, as well as real drums, guitars, keyboards and diverse instruments from around the world. Using music to provide an interactive learning experience, kids “travel” to a new country every week, create well-known nursery rhymes through visual art, perform magic tricks to practice numbers and counting, and spin the animal wheel to reinforce animal names and sounds. As a business model, one unusual aspect is that there is zero buildout costs as owners partner with kid-friendly businesses in their communities such as ballet studios, karate dojos, churches, synagogues, toy stores, or community centers to utilize unused space in the mornings.

This is the story of how they got together and launched Songs for Seeds. 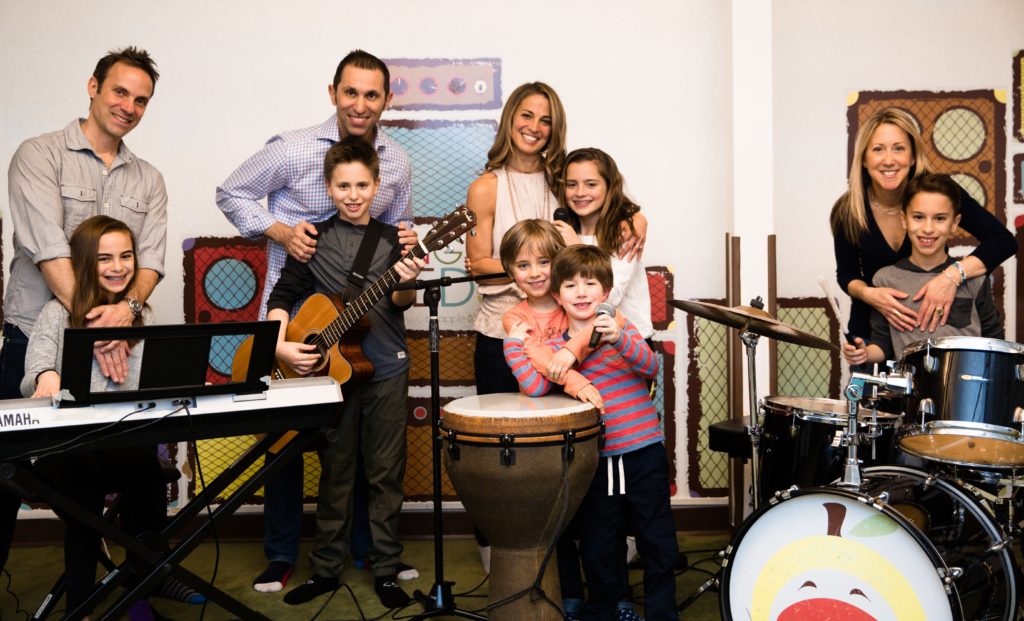 How did you two get together?

In 2005, we each had twins. While we were both on maternity leave we signed our kids up for music class – and we met in the elevator on our way to the first day of class. We immediately connected over the fact that we had the same name, we both had twins, we were both from New Jersey and we were both struggling with going back to our careers with new babies at home. We started dreaming of a life where we could bring our kids to work with us and that’s when the dream became a reality with a program called “Apple Seeds”.  A couple of years after that we launched a kids’ music program called Songs for Seeds. It immediately became our most popular class and won “Best of New York” year after year. Taught by a three-piece rock band, Songs for Seeds teaches so much more than music by incorporating many aspects of early childhood development into the musical activities and games that make up the 7 interactive sections of class.

So, ladies – Like many founders, you seem passionate about your business! Tell us a little bit about your backgrounds.

Prior to starting a business together, we both were in careers that we really loved.  Allison S was a television producer. She worked at MTV for most of her career in the News and Docs department and also volunteered as a teacher for 3rd, 4th and 5th graders teaching conflict resolution and current events.  Alison QB had two prior careers. She worked as a producer at NBC News Dateline and then at UNICEF, the United Nations Children’s Fund, managing a global program using sports as a tool to address issues affecting children’s healthy development including child protection, education and HIV prevention.

During our maternity leaves we both realized that despite how successful we were in our careers and how much we loved our jobs, we could not go back to the late nights and the international travel with the same dedication and passion now that we had babies at home. It was time for the next chapter in our professional and personal lives.

Why did you then decide to franchise or was that always the plan?

Our growth in franchising Songs for Seeds was organic, based on feedback from our families who loved the class and took it year after year. It was also based on our guts, and a year-long research study telling us that a class like this would also work in cities across America; kids and parents everywhere want a fun and interactive music class that would teach them not just music but also shapes and colors and numbers and other critical aspects of a child’s early learning.

Talk to us about some of your early challenges when you decided to franchise the brand?

Our biggest challenge during the early days was pacing the growth of our brand. We had a lot of interest when we first launched our franchise business. We had to be very careful not to just follow the money but make sure that we had the appropriate infrastructure for the new owners joining us. We took a conservative approach to awarding locations so that we could have time to create all our systems that are now in place and are used to support our owners on a daily basis. Once all of these systems were built and running smoothly, we were able to move full steam ahead – with confidence in the strong level of support to our owners.

Who makes a successful franchise owner in your opinion?

We hear from moms/parents/potential owners on a very regular basis that they want what we wanted…to find a way to bring their kids to work (without having to hide them under their desk). Our ideal partner is someone who is looking to be their own boss, control their own schedule and has the drive to work hard to make their business a thriving success so that they can effectively blend their personal and professional lives. While you do not need to be a musician or a parent – a Songs for Seeds owner needs to want to work with children and make a difference in their community.

Our most successful songs for seeds owners are highly ambitious and thrive in social settings. They really know how to connect with people. Owners spend much of their day interacting with their clients…young parents and their kids. They also put a lot of effort into marketing — making sure the program and their band is known, and highly regarded, in their community. They have business savvy. They appreciate the simplicity of the model and follow it to ensure that they only run profitable classes. Our most successful owners grow their single unit business into multi units and control a large territory. 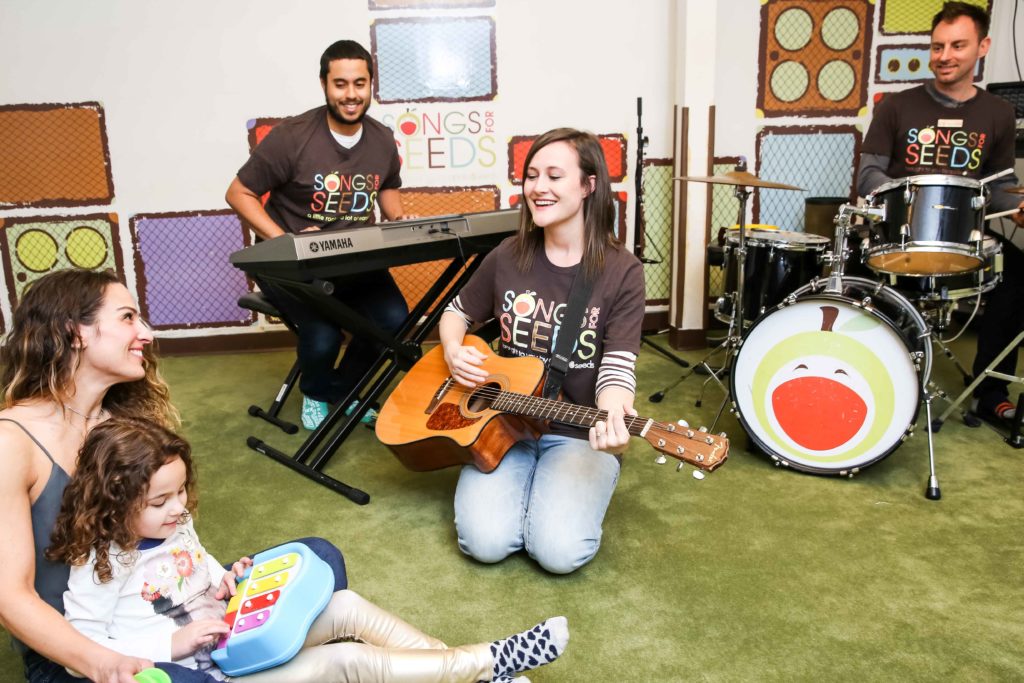 For more information about Songs for Seeds or any other franchise opportunity, let’s talk!